The World Must Be Peopled 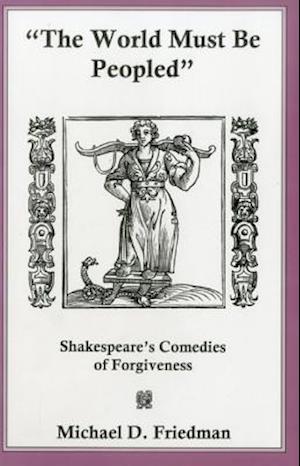 This performance-oriented study proposes the dramatic sub genre `comedies of forgiveness' to describe four Shakespeare plays that have been traditionally been staged as if they were romantic comedies. The Two Gentlemen of Verona, Much Ado About Nothing, All's Well that Ends Well, and Measure for Measure all feature young heroes who behave badly, apologize weakly, yet quickly earn the complete forgiveness of their societies. This book suggests feminist stagings of the comedies of forgiveness designed to reveal how society deals with masculine fickleness, suspicion, lust, and sexual irresponsibility by channeling male erotic desire toward courtship, marriage, legitimate procreation, and child rearing.