The World in Eleven Dimensions 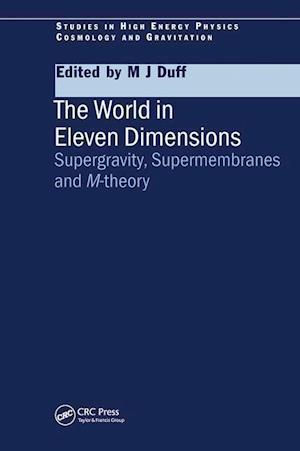 A unified theory embracing all physical phenomena is a major goal of theoretical physics. In the early 1980s, many physicists looked to eleven-dimensional supergravity in the hope that it might provide that elusive superunified theory. In 1984 supergravity was knocked off its pedestal by ten-dimensional superstrings, one-dimensional objects whose vibrational modes represent the elementary particles. Superstrings provided a perturbative finite theory of gravity which, after compactification to four spacetime dimensions, seemed in principle capable of explaining the Standard Model. Despite these major successes, however, nagging doubts persisted about superstrings. Then in 1987 and 1992 the elementary supermembrane and its dual partner, the solitonic superfivebrane, were discovered. These are supersymmetric extended objects with respectively two and five dimensions moving in an eleven-dimensional spacetime.Over the period since 1996, perturbative superstrings have been superseded by a new nonperturbative called M-theory, which describes supermembranes and superfivebranes, subsumes string theories, and has as its low-energy limit, eleven-dimensional supergravity. M-theory represents the most exciting development in the subject since 1984 when the superstring revolution first burst on the scene.The first book devoted to M-theory, The World in Eleven Dimensions: Supergravity, Supermembranes and M-Theory brings together seminal papers that have shaped our current understanding of this eleven-dimensional world, from supergravity through supermembranes to M-theory. Each chapter includes commentaries intended to explain the importance of these papers and to place them in a wider perspective. Each chapter also has an extensive bibliography. The book is of interest to researchers and postgraduate students in particle physics, mathematical physics, gravitation, and cosmology.

Forfattere
Bibliotekernes beskrivelse Brings together seminal papers that have shaped our understanding of the eleven-dimensional world, from supergravity through supermembranes to M-theory. This book contains chapters which include commentaries intended to explain the importance of these papers and to place them in a wider perspective. Each chapter also has a bibliography.