The World Before Domesday 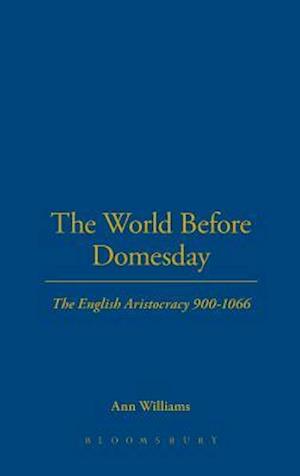 Ann Williams' important new book discusses the dynamics of English aristocratic society in a way that has not been explored before. She investigates the rewards and obligations of status including birth, wealth, the importance of public and royal service and the need to participate in local affairs, especially legal and administrative business. This period saw the birth of a 'lesser aristocracy', the ancestors of the English gentry, the power-house of society and politics in the late medieval and early modern periods. Going on to examine the obligations and rewards of lordship and the relations between lords and their men, Williams illustrates how status was displayed and covers the importance of the manorial house, which was at once a home, an estate centre and a symbol of authority and the insignia of rank in weaponry, clothing and personal adornment. The growing gap between the highest rank of society and the lowest, fuelled by underlying economic developments is also covered. In conclusion she considers some of the occupations which symbolized and perpetuated lordly power.Though the upper levels of aristocratic society were swept away by the Norman settlement, the 'lesser aristocracy' had a much higher rate of survival and it was this group who began the manorialization of English society, familiar from the late medieval period.