The Works of John Ruskin 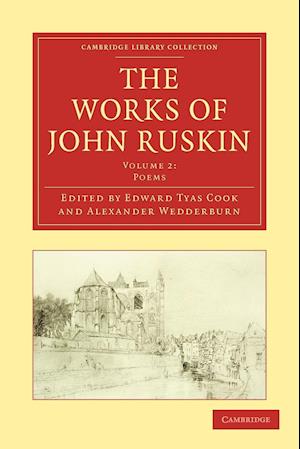 The influence of John Ruskin (1819-1900), both on his own time and on artistic and social developments in the twentieth century, cannot be over-stated. He changed Victorian perceptions of art, and was the main influence behind 'Gothic revival' architecture. As a social critic, he argued for the improvement of the condition of the poor, and against the increasing mechanisation of work in factories, which he believed was dull and soul-destroying. The thirty-nine volumes of the Library Edition of his works, published between 1903 and 1912, are themselves a remarkable achievement, in which his books and essays - almost all highly illustrated - are given a biographical and critical context in extended introductory essays and in the 'Minor Ruskiniana' - extracts from letters, articles and reminiscences both by and about Ruskin. This second volume contains Ruskin's poems.

Forfattere
Bibliotekernes beskrivelse This second volume of the magisterial Library Edition (1903-1912) of the works of John Ruskin contains his poems. 29 Line drawings, black and white