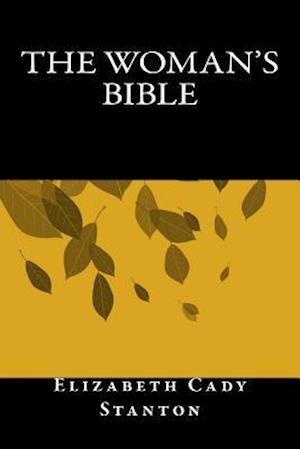 Struggling for women's rights in the nineteenth century, the early feminists were constantly told that the Bible ordains woman's sphere as helper to man and woman's status as inferior to man. Having heard this throughout her decades of labor in the women's rights movement, Elizabeth Cady Stanton determined in 1895 to investigate the Bible and what it really says about women. She attempted to obtain the assistance of a number of female scholars of Hebrew and Greek, but several turned her down, fearing that their reputations would be compromised. She finally chose a committee of women she believed would make a valuable contribution, primarily based on her perception of their liberal ideas and ability to make sense out of what they read. This was the "Revising Committee" that shared billing with Stanton for the work. Stanton herself, however, wrote most of the commentary, and it contains her own beliefs and values.