The Woman Who Fooled the World

- Belle Gibson's Cancer Con, and the Darkness at the Heart of the Wellness Industry 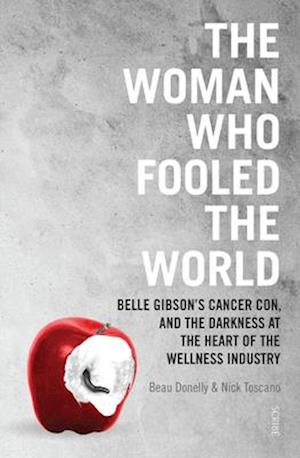 Entrepreneur. Inspiration. Guru. Belle Gibson shot to fame after she convinced the world she had healed herself from terminal brain cancer with a healthy diet. There was just one problem: she did not have cancer.

Gibson, a high school dropout and teenage mother, built a global business in less than 18 months that vaulted her to fame and fortune. She had 200,000 followers from Melbourne to Los Angeles to London, international book deals, and a best-selling smartphone app, having fooled both Penguin Books and Apple. She was a digital-age celebrity, a one-woman cult, a hero of the "wellness" world, and an inspiration to many.

Written by the two journalists who assiduously uncovered the details of Gibson's lies, The Woman Who Fooled the World unravels the mystery and motivation behind this deception. It follows the public reaction to the scandal, which included headlines in Time magazine and Gibson being named in The Washington Post's list of the year's top 10 villains.

The Woman Who Fooled the World also explores the lure of alternative cancer treatments, the cottage industry flourishing behind the wellness movement, and the power of social media. It documents not only Gibson's folly, but the devastating impact this con had on hers fans and on people suffering from cancer.