The Woman I Wanted to Be

- Fürstenberg, D: Woman I Wanted to Be 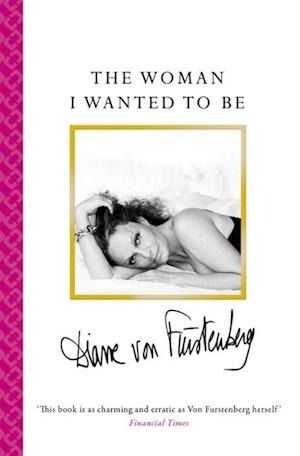 One of the most influential, admired, and innovative women of our time: fashion designer, philanthropist, wife, mother, and grandmother, Diane von Furstenberg offers a book about becoming the woman she wanted to be. Diane von Furstenberg started out with a suitcase full of jersey dresses and an idea of who she wanted to be-in her words, "the kind of woman who is independent and who doesn't rely on a man to pay her bills." She has since become that woman, establishing herself as a global brand and a major force in the fashion industry, all the while raising a family and maintaining "my children are my greatest creation." In The Woman I Wanted to Be, von Furstenberg reflects on her extraordinary life-from childhood in Brussels to her days as a young, jet-set princess, to creating the dress that came to symbolise independence and power for an entire generation of women. With remarkable honesty and wisdom, von Furstenberg mines the rich territory of what it means to be a woman. She opens up about her family and career, overcoming cancer, building a global brand, and devoting herself to empowering other women, writing, "I want every woman to know that she can be the woman she wants to be."