indgår i serie The Winning Moment 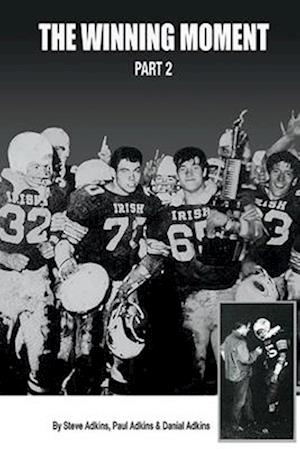 THE WINNING MOMENT is a series that examines my life and it's affinity for winning. In reality it takes less effort than losing not to mention the whole mental anxiety thing. Which carries over in to life which is basically competition and winning those competitions. Strokes make for a great for-instance.. When I was in High School I had the privilege to play football for a guy named Rod Harkleroad who was the embodiment of winning. Which we learned had everything to do with attitude. He told us one time that our opponents thought they were dealing with us through strength, when in reality we were dealing with them through SUPERIORITY. Which At the time seemed totally feasible. Rod Harkleroad ranks right up there as being one of the most influential people I've ever met or knew. We were starved for winning. I don't know how many had never had a winning season playing football, but I know I sure hadn't. Add to that us being scheduled as the opponent for stadium Dedication or Homecoming rival because they originally expected us to be the worst team on the planet Boy, was that a mistake, and it was our responsibility to show them the error of their thinking. It was totally a blast and during his tenure even taught us to overcoming adversity even if it required thinking outside of the box. Part 2 is basically about the time that Rod made his appearance. And it portrays his thoughts on our competitions as well as other cliche's I adopted. With the soul reason of winning Because ultimately life is a GAME in which we all participate. And each person is a unique product of their environment and what makes you and me unique hasn't changed. Which should be a positive reminder for all Stroke survivors. You've made it this far, so just keep going with POISE, PRIDE, and DEDICATION