The wines of south-west France 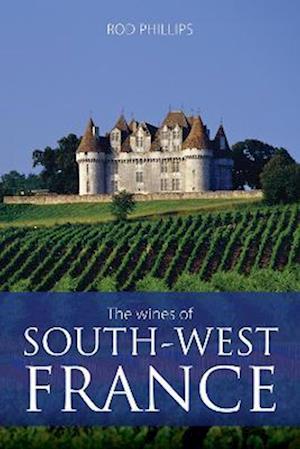 Wine production in south-west France goes back a long way. The region includes some of the first districts in France (notably Gaillac) to be planted with vines, by the Romans more than two thousand years ago. It is also the earliest-knownlocation of scores of grape varieties, some of them precursors of international varieties such as Malbec and Cabernet Franc. Although today south-west France is the fourth region of France in terms of wine production very few wine consumers are familiar with more than two or three of its appellations. Cahors and Madiran are well-known appellations but we don'thear (or read) much about less fashionable appellations such as Rosette and Bearn. As a result the wines generally command relatively low prices.This book covers all the important aspects of south-west France in an accessible way. Although it includes the mass-produced wines of the region it focuses on quality wines made in more limited volumes.Although a number of the appellations of south-west France share similar climatic conditions (such as the influence of the Atlantic), the many small AOPs vary significantly in soils and topography, grape varieties, and the styles of wines they produce.They range from the botrytized sweet whites of Monbazillac to the teeth-staining reds of Cahors, from the distinctive dry whites of Jurancon to the tannic reds of Madiran.Phillips begins with a brief history of the region and provides an overview of the region today before considering the wines of the various sub-regions in turn, including land and climate, grape varieties, wine styles, and wine law, together with entries on their most notable producers.All colours of wine are made in south-west France, as are dry and sweet wines and sparkling and still wines. The rich diversity of the world of wine is represented in south-west France, and it is this very diversity of grape varieties and wine styles that makes the region so compelling.