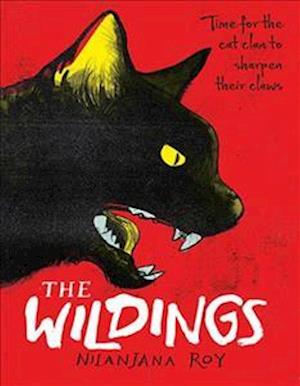 Something is stirring in the heart of Old Delhi...Prowling, hunting and fighting amidst the crumbling ruins of one of Delhi's oldest neighbourhoods, are the proud Wildings. These feral cats fear no one, go where they want and do as they please. Battle-scarred tomcats, fierce warrior queens, the Wildings have ruled over Nizamuddin for centuries. Now there is a new addition to the clan - a pampered housecat with strange powers that could turn their world on its head. And something is stirring in the old Shuttered House - something dark and cruel and dangerous. As a terrifying new enemy emerges from the shadows, the Wildings will need all the allies they can get, as they fight for Nizamuddin, and their lives. 'A delight to read' Salman Rushdie'Could well become a classic in its own time' Sunday Guardian'You'll wish you had whiskers and could mew. The world as imagined by Roy in this remarkable debut is filled with marvels' DNA India Nilanjana Roy spent most of her adult life writing about humans before realizing that animals were much more fun. The Wildings, her first novel, won the Shakti Bhatt First Book Award and was Shortlisted for the Commonwealth First Book Award and the Tata Literature First Book Award. She lives in Delhi with three cats and her husband. The story of The Wildings will continue in The Hundred Names of Darkness.