The Wife Between Us

indgår i serie My First Touch and Find 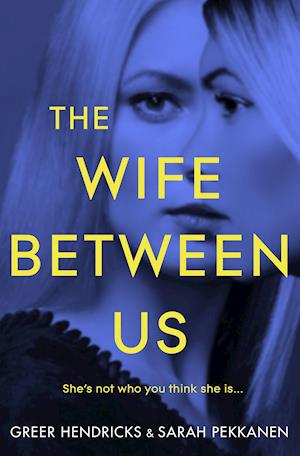 Forfattere
Forlagets beskrivelse 'A fiendishly clever thriller in the vein of Gone Girl and The Girl on the Train. This one will keep you guessing' Anita Shreve, author of The Stars are FireThe Wife Between Us by Greer Hendricks and Sarah Pekannen is the shocking Richard and Judy Bookclub bestseller with twists you won't see coming.Marrying a man with a past was always going to come with problems, but you never expect to become the focus of another woman's obsession.Nellie just wanted to live the life she'd always dreamed about with Richard. But who is his ex-wife, Vanessa? Wasn't she a total disaster, in all aspects of their marriage? Nellie thinks she knows everything about his previous marriage and their troubled past, but as secrets are unearthed, she starts to think there's more to the wife before her . . .Only one thing is certain, she's not who you think she is . . .
Bibliotekernes beskrivelse A romantic thriller filled with suspense and the first collaboration between Greer Hendricks and Sarah Pekkanen.PRIZES:Short-listed for Big Book Awards: Page-Turners Award 2018 (UK)