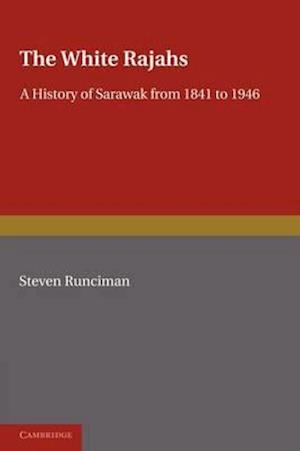 The Sultan of Brunei gave the title of Rajah and sovereignty of Sarawak, a province of Borneo, to James Brooke in 1841 as a reward for helping to peacefully resolve an uprising in the region. Brooke established his reign over the area, and two further Brooke descendants ruled Sarawak as a British protectorate for the next hundred years until Japanese occupation during World War II followed by cession to Britain. Between the three Rajahs they expanded Sarawak territory, successfully squashed piracy and put in place a structured government and justice system that brought harmony to a diverse multicultural society that had long been in turmoil from clashing cultures, particularly with the widespread practice of headhunting. Published first in 1960 as Sarawak ceded to Malaysia, The White Rajah documents this unique and fascinating time made possible by the 'human sympathy, selflessness and a high integrity' of three generations of Brooke men.

Forfattere
Bibliotekernes beskrivelse The White Rajah documents a fascinating time in Sarawak made possible by high integrity of three generations of Brooke men.