The Werewolf: Past and Future: Lycanthropy's Lost History and Modern Devolution 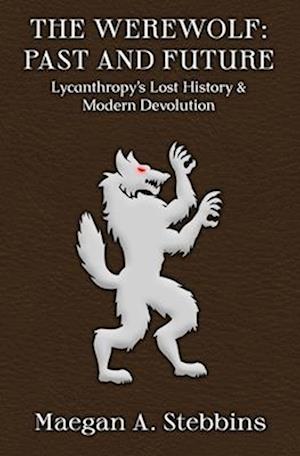 Since before recorded history, werewolves have captivated human imagination. Simultaneously, they represent our deepest fears as well as our desire to connect with our primal ancestry. Today, werewolves are portrayed negatively, associated with violence, cruelty, cannibalism, and general malevolence.

However, in ages past, legends depicted them not as monsters, but as a range of neutral to benevolent individuals, such as traveling companions, guardians, and knights. The robust legacy of the werewolf spans from prehistory, through ancient Greece and Rome, to the Middle Ages, into the Early Modern period, and finally into present-day popular culture. Over the ages, the view of the werewolf has become distorted. Media treatment of werewolves is associated with inferior writing, lacking in thought, depth, and meaning. Werewolves as characters or creatures are now generally seen as single-minded and one-dimensional, and they want nothing more than to kill, devour, and possibly violate humans.

Hollywood depictions have resulted in the destruction of the true meanings behind werewolf legends that fascinated and terrified humans for so many ages. If these negative trends were reversed, perhaps entertainment might not only discover again some of the true meanings behind the werewolf myth, but also take the first steps toward reversing negative portrayals of wolves themselves, which humans have, for eons, wrongfully stigmatized and portrayed as evil, resulting in wolves receiving crueler treatment than virtually any other animal.

To revive the many questions posed by lycanthropy, entertainment must show respect to the rich history of so many cultures all around the world - and rediscover the legend of the werewolf.