The Weakness of Civil Society in Post-Communist Europe 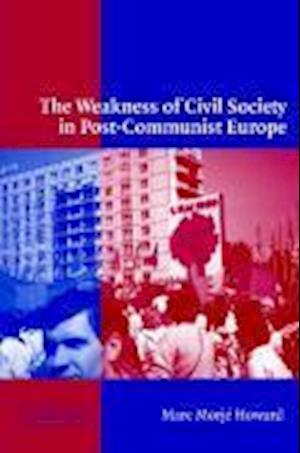 Over a decade has passed since the collapse of communism, yet post-communist citizens are still far less likely to join voluntary organizations than people from other countries. Why do post-communist citizens mistrust public organizations? What explains this pattern of weak civil society? And what does this mean for democracy in the region? This engaging study addresses these questions with a provocative argument about the enduring impact of the communist experience on its countries and citizens. Howard argues that the experience of mandatory participation in state-controlled organizations and vibrant private networks during the communist period, combined with the disappointment with post-communist developments, have left most citizens with a lasting aversion to public activities. Howard analyzes the findings from over 30 democratic countries on the World Values Survey and also presents extensive and original evidence from his own research, focused on Eastern Germany and Russia.

Forfattere
Bibliotekernes beskrivelse Focuses on the countries of post-communist Europe, with in-depth case studies of Eastern Germany and Russia whilst containing a broader cross-national comparison with findings from over 30 countries worldwide. It examines civil society and seeks to explain the distinctive pattern of weak civil society in the countries of post-communist Europe. 22 Tables, unspecified; 14 Line drawings, unspecified