- A True Story of Ruin and Survival 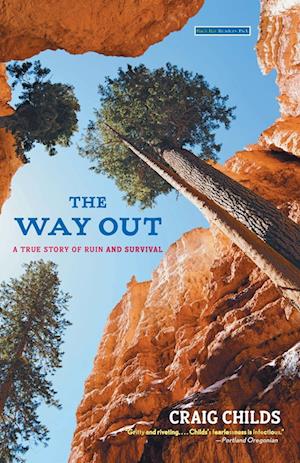 - A breakout book from a writer increasingly celebrated as the 21st-century bard of the American Southwest--a writer in the tradition of Barry Lopez, Peter Matthiessen, Terry Tempest Williams, among others. - In March 2003, Craig Childs received the Spirit of the West Literary Achievement Award, given to a writer whose body of work captures the unique spirit of the American West. - As a chronicle of adventure, as emotionally charged human drama, as confessional memoir, The Way Out is a transcendent book, a work destined to earn a lasting place in the literature of extremes. - Not since John Krakauer's bestselling Into the Wild has a book so compellingly explored the boundary between wilderness adventure and madness.

Forfattere
Bibliotekernes beskrivelse Capturing the unique spirit of the American West, the author presents an extreme chronicle of adventure that compellingly explores the boundary between wilderness adventure and madness.