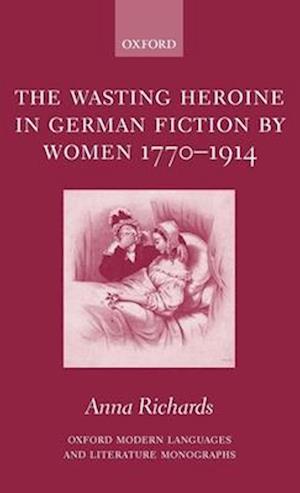 In this broad-ranging study of German fiction by women 1770-1914, Anna Richards adds a new dimension to existing debates on the association of women and illness in literature. Drawing on a number of primary medical sources, she constructs a history of women's self-starvation, eating behaviour, and wasting diseases in particular, and examines the portrayal of the 'wasting heroine' in works by female and selected male authors in this context. It becomes clear thatthough the wasting heroine sometimes reinforces popular notions of female fragility, in certain works she represents a rejection of a traditionally female role or allows her author to make a socially critical point about women's status in society. As well as shedding light on many unduly neglected womenwriters, Richards offers a valuable insight into the literary and historical origins of a modern phenomenon.

Forfattere
Bibliotekernes beskrivelse In this broad-ranging study, Richards examines the representation of women's illness in German fiction by women 1770-1914. In the context of medical history, she focuses particularly on female self-starvation and wasting diseases, illustrating how the 'wasting heroine' both reinforced and challenged popular notions of female fragility.