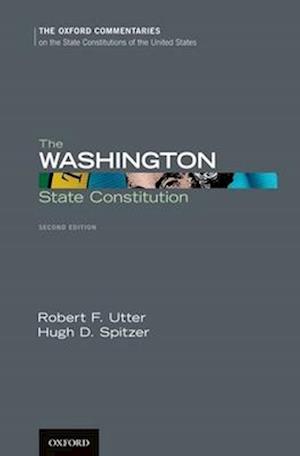 The Washington State Constitution provides an outstanding constitutional and historical account of the state's governing charter. In addition to an overview of Washington's constitutional history that focuses on the document's 19th century populist roots, it provides an in-depth, section-by-section analysis of the entire constitution, detailing the many significant changes made since its initial drafting. This treatment, along with a table of cases, index,and bibliography, provides an unsurpassed reference guide for lawyers, judges, scholars, and members of the general public. The second edition of The Washington State Constitution has been significantly expanded to detail the impact of the late nineteenth century Populist movement on both the structure and content of Washington's 1889 constitution. The book includes current and important developments in the theory of state constitutional interpretation in Washington State, describes the significant expansion, over the past decade, in the Washington Supreme Court's independent reliance on the state'sconstitution rather than the federal constitution in many constitutional doctrines, particularly those related to individual rights. The title also includes up-to-date analysis of significant developments in a number of areas, including the rights of criminal defendants; personal freedoms of speech, religion andprivacy; powers and constraints on the state legislature and the governor; the initiative, referendum and recall; and the application of Washington's unique public education clause.The Oxford Commentaries on the State Constitutions of the United States is an important series that reflects a renewed international interest in constitutional history and provides expert insight into each of the 50 state constitutions. Each volume in this innovative series contains a historical overview of the state's constitutional development, a section-by-section analysis of its current constitution, and a comprehensive guide to further research.Under the expert editorship of Professor G. Alan Tarr, Director of the Center on State Constitutional Studies at Rutgers University, this series provides essential reference tools for understanding state constitutional law. Books in the series can be purchased individually or as part of a complete set, giving readers unmatched access to these important political documents.