indgår i serie Blood and Ash 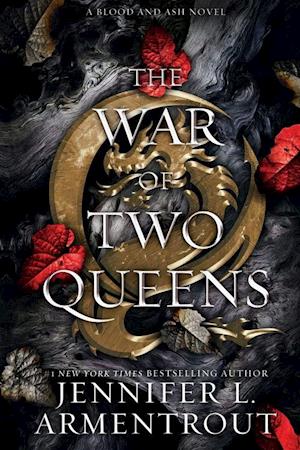 From #1 New York Times and international bestselling author Jennifer L. Armentrout comes book four in her Blood and Ash series. - Casteel Da'Neer knows all too well that very few are as cunning or vicious as the Blood Queen, but no one, not even him, could've prepared for the staggeringrevelations. The magnitude of what the Blood Queen has done is almost unthinkable. Nothing will stop Poppy from freeing her King and destroying everything the Blood Crown stands for. With the strength of the Primal of Life's guards behind her, andthe support of the wolven, Poppy must convince the Atlantian generals to makewar her way - because there can be no retreat this time. Not if she has any hope of building a future where both kingdoms can reside in peace. Together,Poppy and Casteel must embrace traditions old and new to safeguard those theyhold dear - to protect those who cannot defend themselves. But war is only thebeginning. Ancient primal powers have already stirred, revealing the horror ofwhat began eons ago. To end what the Blood Queen has begun, Poppy might have tobecome what she has been prophesied to be - what she fears the most.