The War of the Wold 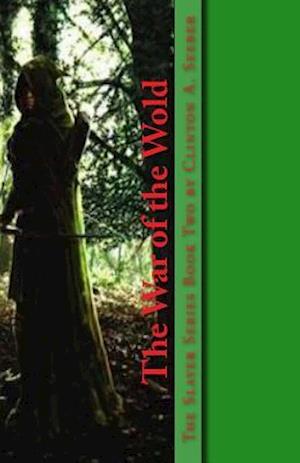 Months after waking up in a hospital after being found passed out in a dumpster, having awaken from his "dream" about the land of Talmora, the lovely Trena Treelimb and the dark god Samhain Sharmat and his evil bride, Sharmane the Darkstar, Jacob Hope has quit playing guitar for the heavy metal band "Jaded" and entered a country-like drug rehab facility in his hometown of Redwood City, California. But he suddenly one spring night finds that he is being called to the world of Eradus and the realm of Talmora once more. He is reunited with Trena Treelimb and Melek at Redwood in Wildingwood Forest not only to find out that the she-elf that he loves is now a queen but also has an heir. For twenty years had gone by in Eradus since he last he was there. But he has little time to absorb the shock of that news as he and Prince Ruel Hope Treelimb must go an urgent quest. Zarah the Werj now rules the kingdom of Tar Indra and is the de facto Overlord of the Five Kingdoms of the Werjs. He plans on bringing a vast army to conquer Redwood and force Queen Trena Treelimb to marry him. It will be up to the heir and the otherworldly bard to find out what the source of Overlord Zarah's powers of black magic is, how to destroy it and then to seek and snuff out the source of the power before it is too late