The War of the Wheels

indgår i serie Sports and Entertainment 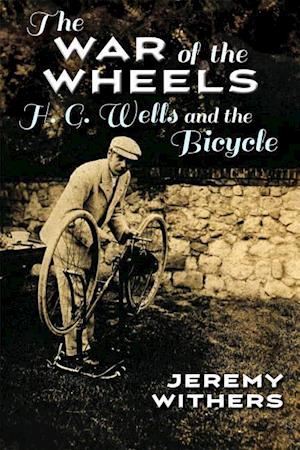 Amid apocalyptic invasions and time travel, one common machine continually appears in H. G. Wells's works: the bicycle. From his scientific romances and social comedies, to utopias, futurological speculations, and letters, Wells's texts abound with bicycles. In The War of the Wheels, Withers examines this mode of transportation as both something that played a significant role in Wells's personal life and as a literary device for creating elaborate characters and complex themes.

Withers traces Wells's ambivalent relationship with the bicycle throughout his writing. While he celebrated it as a singular and astonishing piece of technology, and continued to do so long after his contemporaries abandoned their enthusiasm for the bicycle, he was not an unwavering promoter of this machine. Wells acknowledged the complex nature of cycling, its contribution to a growing dependence on and fetishization of technology, and its role in humanity's increasing sense of superiority. Moving into the twenty-first century, Withers reflects on how the works of H. G. Wells can serve as a valuable locus for thinking through many of our current issues and problems related to transportation, mobility, and sustainability.