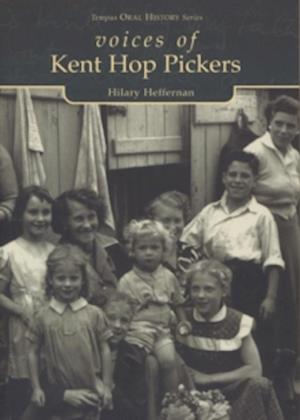 Before the advent of machines in the late 1950s, hop-picking was undertaken by an army of people, many of whom saw the countryside only during these four to six weeks of picking. It was work and a way of earning some much needed extra money, but it was also their annual holiday, an opportunity to which they looked forward all year. For the 'home-dwellers' (the people local to the farms) it meant extra work, sometimes unpaid and always hard.This fascinating and informative collection of reminiscences has been compiled using the contributors' own words. It captures the lives of the hop-pickers in every detail, from the preparation and anticipation before departure, through the epic journeys to the hopfields and tiring work during the harvest, to the evenings and days off spent at the pub, round a fire or with the family. Throughout, the collection is brought to life by numerous anecdotes, both humorous and moving.Despite hardship and poverty, there is a deep-rooted nostalgia for a way of life that no longer exists. One-time hop-pickers miss the warm camaraderie, the open honesty and the satisfaction of working together for a common purpose: to harvest the hops. These emotions are all recorded here.