The Vocation of Evelyn Waugh

- Faith and Art in the Post-War Fiction 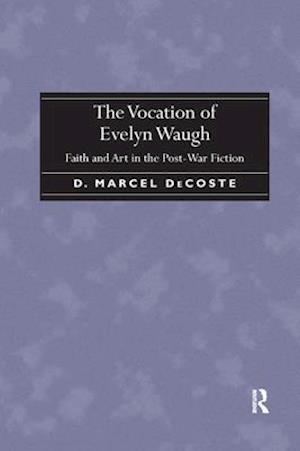 Arguing against the critical commonplace that Evelyn Waugh's post-war fiction represents a decline in his powers as a writer, D. Marcel DeCoste offers detailed analyses of Waugh's major works from Brideshead Revisited to Unconditional Surrender. Rather than representing an ill-advised departure from his true calling as an iconoclastic satirist, DeCoste suggests, these novels form a cohesive, artful whole precisely as they explore the extent to which the writer's and the Catholic's vocations can coincide. For all their generic and stylistic diversity, these novels pursue a new, sustained exploration of Waugh's art and faith both. As DeCoste shows, Waugh offers in his later works an under-remarked meditation on the dangers of a too-avid devotion to art in the context of modern secularism, forging in the second half of his career a literary achievement that both narrates and enacts a contrary, and Catholic, literary vocation.