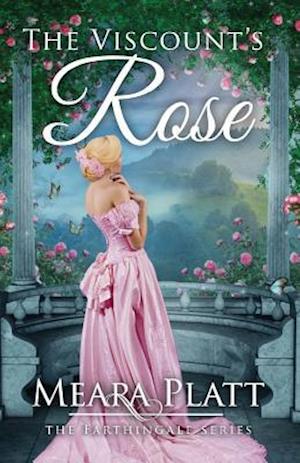 When Rose Farthingale is saved from the rubble of her pottery workshop, she knows that she must repay this debt to her handsome rescuer by abducting him (at his family's desperate urging) in order to save him from the clutches of the scheming woman he is presently courting and intending to marry. But Rose never expects to be abducted with him, or to fall in love with him over the course of their captivity. Viscount Julian Emory is a secret agent of the Crown on an important mission to destroy the spy ring Napoleon has established in London. The woman he's pretending to court is one of Napoleon's most important spies, for only she knows the identity of the traitor within the royal inner circle. He's purposely encouraged the courtship and marriage rumors in the hope she will make a slip and disclose the traitor's identity, but his meddlesome family has just ruined his plans. By forcing him into close quarters with Rose Farthingale, they've put both his mission and this delectable innocent in danger. Can he keep himself from falling in love with Rose long enough to bring down Napoleon's spy organization?