- Mary's Cult and the Re-Emergence of the Goddess 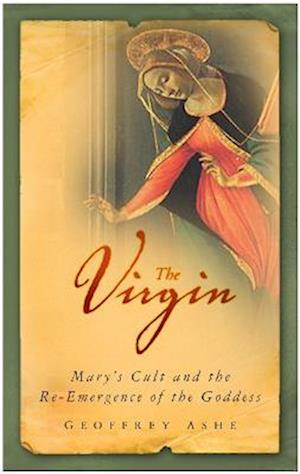 Forfattere
Bibliotekernes beskrivelse The mother of Christ has taken various forms throughout the centuries: among them are the Blessed Virgin, the Queen of Heaven, the Madonna and the spiritual mother of all the faithful. Yet despite her high enthronement in the Catholic Church, Mary, as both chaste goddess and earth mother, has her origins in pre-Christian religions, of which the chief deities were female. In this masterly exploration of the cult of Mary, Geoffrey Ashe examines ancient myths, theology, history, literature and feminine spirituality to throw new light on the role of Mary in today's Church, which is only partly derived from the Gospels. Tracing the cult from its origins to the present day with the re-subordination of Mary to Christ, this remarkable book also illuminates the spiritual battle of the sexes, a conflict that remains unresolved to this day.