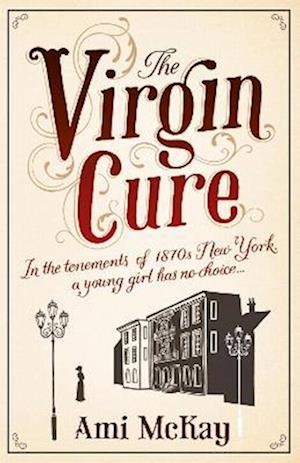 A macabre voyage into the underbelly of nineteenth-century New York.'I am Moth, a girl from the lowest part of Chrystie Street, born to a slum-house mystic and the man who broke her heart.' So begins THE VIRGIN CURE, a novel set in the tenements of lower Manhattan in 1871. As a young child, Moth's father smiled, tipped his hat and walked away from her for ever. The summer she turned twelve, her mother sold her as a servant to a wealthy woman, with no intention of ever seeing her again.These betrayals lead Moth to the wild, murky world of the Bowery, filled with house-thieves, pickpockets, beggars, sideshow freaks and prostitutes, where eventually she meets Miss Everett, the owner of a brothel. Miss Everett caters to gentlemen who pay dearly for companions, and the most desirable of them all are young virgins like Moth.Through the friendship of Dr Sadie, a female physician, Moth learns to question and observe the world around her, where her new friends are falling prey to the myth of the 'virgin cure' to heal the incurable and tainted. She knows the law will not protect her, that polite society ignores her and still she dreams of answering to no one but herself. There's a high price for such independence, though, and no one knows that better than a girl from Chrystie Street...

Forfattere
Bibliotekernes beskrivelse A macabre voyage into the underbelly of nineteenth-century New York from the author of THE BIRTH HOUSE.