The Viewer and the Printed Image in Late Medieval Europe 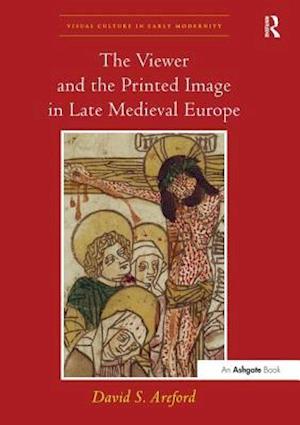 Structured around in-depth and interconnected case studies and driven by a methodology of material, contextual, and iconographic analysis, this book argues that early European single-sheet prints, in both the north and south, are best understood as highly accessible objects shaped and framed by individual viewers. Author David Areford offers a synthetic historical narrative of early prints that stresses their unusual material nature, as well as their accessibility to a variety of viewers, both lay and monastic. This volume represents a shift in the study of the early printed image, one that mirrors the widespread movement in art history away from issues of production, style, and the artist toward issues of reception, function, and the viewer. Areford's approach is intensely grounded in the object, especially the unacknowledged material complexity of the print as a portable, malleable, and accessible image that depended on a response that was not only visual but often physical, emotional, and psychological. Recognizing that early prints were not primarily designed for aesthetic appreciation, the author analyzes how their meanings stemmed from specific functions involving private devotion, protection, indulgences, the cult of saints, pilgrimage, exorcism, the art of memory, and anti-Semitic propaganda. Although the medium's first century was clearly transitional and experimental, Areford explores how its potential to impact viewers in new ways"both positive and negative"was quickly realized.