- A Search for the Greatest Lost Treasure Cache in America 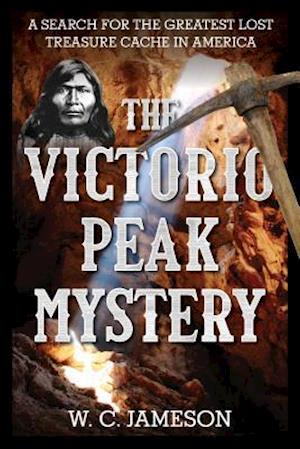 In a little-known mountain range in southern New Mexico is an unremarkable mountain called Victorio Peak. In a cavern in that mountain, it is rumored that billions of dollars' worth of artifacts and thousands of gold and silver ingots and coins have been cached for decades, a treasure that dwarfs all others. Its existence, or the belief in its existence, has been responsible for millions of dollars' worth of recovery efforts, blatant violation of laws and trampling of legal rights by the United States government as well as dozens of citizens, and the involvement of a wide variety of infamous characters. It has also been responsible for a number of deaths. For generations, people all over the world have been fascinated and enthralled by tales and legends of lost mines and buried treasures. There is something in the human DNA that embraces such things. North America has served as a setting for hundreds of such tales, and every now and then one of these treasures is found. Most can identify the Lost Dutchman Mine of Arizona's Superstition Mountains and the so-called Oak Island Treasure in Nova Scotia as prominent examples of legends that have seized the attention of millions. If one were to write a mystery/thriller incorporating colorful characters, murder, unexplained deaths, intrigue, theft, deceit, and political and legal machinations, one need not look any further than the incredible treasure mystery associated with Victorio Peak. It is, in fact, one of the most bizarre and confounding mysteries in American history and involves what my well be the largest treasure cache known to man.