- Into the Furnace: The 151st Infantry Regiment in the Battle of Verdun 1916 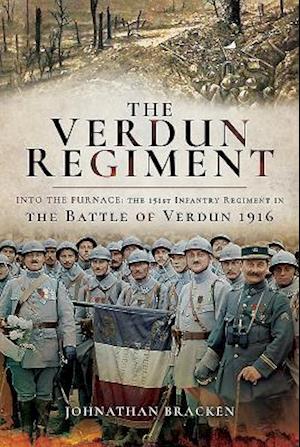 Although the French fielded the largest number of Allied troops on the Western Front in the First World War, the story of their soldiers is little known to English readers. The immense size of the French armies, the number of battles they fought, and the enormous losses they incurred, make it difficult for us to comprehend their experience. But we can gain a genuine insight by focusing on one of the defining battles of that war, at Verdun in 1916, and by looking at it through the eyes of a small group of soldiers who served there. That is what Johnathan Bracken does in this meticulously researched, detailed and vivid account.The French 151st Infantry Regiment spent fifty days under fire at Verdun in 1916 and another thirty-five in 1917, and lost 3,200 soldiers killed or wounded. Yet their ordeal was no different from that of hundreds of other infantry units that fought and endured in this meat-grinder of a battle. Their diaries and memoirs tell their story in the most compelling way, and through their words the larger human story of the French soldier during the war comes to life.

Forfattere
Bibliotekernes beskrivelse Graphic, first-hand French soldiers' accounts of the experience of battle at Verdun. The book follows a single French infantry regiment through the course of the battle . 20 illustrations