- Bernini and the Building of the Hermetic Temple of the Sun 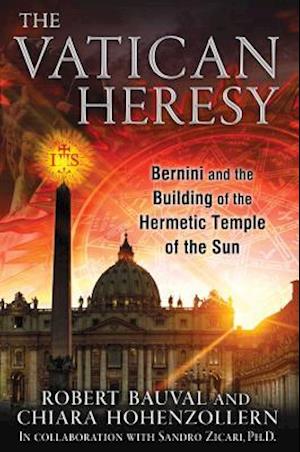 In 16th century Italy, in the midst of the Renaissance, two powerful movements took hold. The first, the Hermetic Movement, was inspired by an ancient set of books housed in the library of Cosimo de' Medici and written by the Egyptian sage Hermes Trismegistus. The movement expounded the return of the "true religion of the world" based on a form of natural magic that could draw down the powers of the heavens and incorporate them into statues and physical structures. The other movement, the Heliocentric Movement launched by Copernicus, was a direct challenge to the Vatican's biblical interpretation of a geocentric world system. Declared a heresy by the Pope, those who promoted it risked the full force of the Inquisition. Exploring the meeting point of these two movements, authors Robert Bauval and Chiara Hohenzollern reveal how the most outspoken and famous philosophers, alchemists, and scientists of the Renaissance, such as Giordano Bruno and Marsilio Ficino, called for a Hermetic reformation of the Christian religion by building a magical utopic city, an architectural version of the heliocentric system. Using contemporary documents and the latest cutting-edge theses, the authors show that this Temple of the Sun was built in Rome, directly in front of the Vatican's Basilica of St. Peter. They explain how the Vatican architect Bernini designed St. Peter's Square to reflect the esoteric principles of the Hermetica and how the square is a detailed representation of the heliocentric system. Revealing the magical architectural plan masterminded by the Renaissance's greatest minds, including Bernini, Jesuit scholars, Queen Christine of Sweden, and several popes, the authors expose the ultimate heresy of all time blessed by the Vatican itself.

Forfattere
Bibliotekernes beskrivelse Reveals how the largest Sun Temple in the world, built according to Hermetic principles, is located at one of Christianity's holiest sites Includes 16-page color insert and 70 b&w illustrations