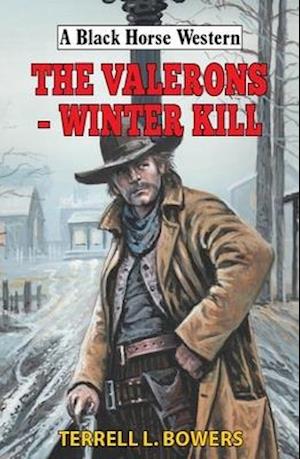 The cold and blizzards of the winter of 1886-87 forever changed a way of life in cattle country. But, while winter storms might bring many things in the world to a standstill, evil never rests and romance doesn't follow a season or timetable. Jared Valeron had become embroiled in the search for a killer, but ends up taking a load of freight to aid Nash Valeron and the people of Castle Point. As fate would have it, the small town is also a refuge for a pack of outlaws. Having committed a brazen double-robbery that left several soldiers dead, the leaders of the combined criminal gangs do not get along. Their shaky alliance is further challenged by the severe weather preventing them from travel. Jared learns the miscreant band intends to ransack the town when they leave. Knowing the outlaws are killers, Jared recruits a teamster and a couple townsmen to help him do the impossible - put twelve men in custody, in a town with few able men and no sheriff or jail. If his plan fails, it could mean death and ruination for the entire town... including his brother and his wife.