The The Vacuum in the Dark

- SHORTLISTED FOR THE BOLLINGER EVERYMAN WODEHOUSE PRIZE FOR COMIC FICTION, 2019 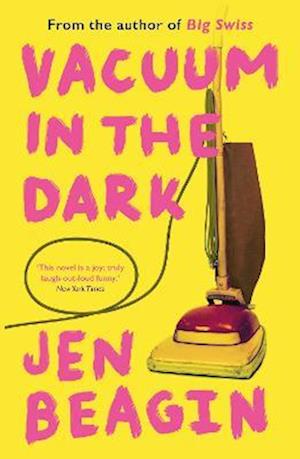 SHORTLISTED FOR THE BOLLINGER EVERYMAN WODEHOUSE PRIZE FOR COMIC FICTION Twenty-six-year-old cleaner Mona has just had a bad break up with a boyfriend named Mr Disgusting (don't ask...) But her plans for a fresh start go awry when she meets a new man, this one called Dark. He's probably not ideal boyfriend material: a little bit arrogant and a little bit conceited. Oh, and a little bit married. Wacky, outspoken and one-of-a-kind, Mona is on a mission to escape her past. But she's about to discover that it's easier said than done... Hilarious and shocking, exuberant and compassionate, Vacuum in the Dark is the perfect antidote to the times we live in.