The Uses of Literature in Modern Japan 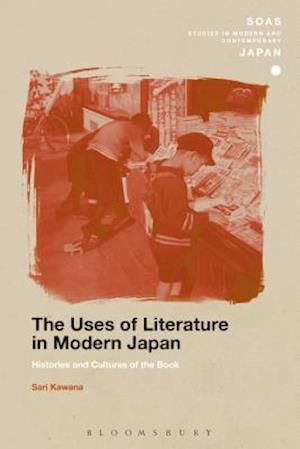 The Uses of Literature in Modern Japan explores the varying uses of literature in Japan from the late Meiji period to the present, considering how creators, conveyors, and consumers of literary content have treated texts and their authors as cultural resources to be packaged, promoted, and preserved. As the printed word became a crucial form of entertainment and edification for an increasingly literate public in early 20th-century Japan, literature came to assume a variety of new uses. Touching upon a wide array of sources, Sari Kawana traces the ways in which literary works have morphed into different variants, ranging from textual (compilations, textbooks) and visual (film, manga, other media) to virtual and real world, through innovative publishing and reading practices. She takes up themes such as the materiality of texts, the role of publishers and advertising campaigns, the interplay between literature and other media, and the creation and dissemination of larger cultural fantasies tied to literary consumption. She stresses the agency and creativity with which readers engaged literary works, from divergent readings of propaganda literature to inventive adaptations of canonical texts in adjacent media, culminating in the practice of literary tourism. Moving beyond close reading of texts to look at their historical context, the book will appeal not only to scholars of modern Japanese literature but also those studying the history of the book and modern Japanese cultural history.