The U.S. Government and the Vietnam War: Executive and Legislative Roles and Relationships, Part II 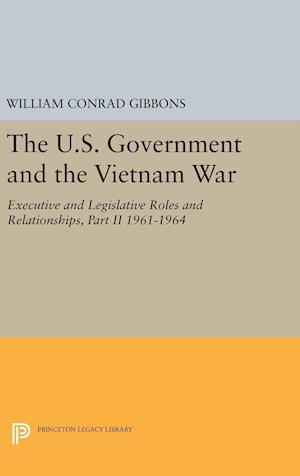 This searching analysis of what has been called America's longest war" was commissioned by the Senate Committee on Foreign Relations to achieve an improved understanding of American participation in the conflict. Part II covers the period from Kennedy's inauguration through Johnson's first year in office. Originally published in 1986. The Princeton Legacy Library uses the latest print-on-demand technology to again make available previously out-of-print books from the distinguished backlist of Princeton University Press. These editions preserve the original texts of these important books while presenting them in durable paperback and hardcover editions. The goal of the Princeton Legacy Library is to vastly increase access to the rich scholarly heritage found in the thousands of books published by Princeton University Press since its founding in 1905.