- A Factory for Failure 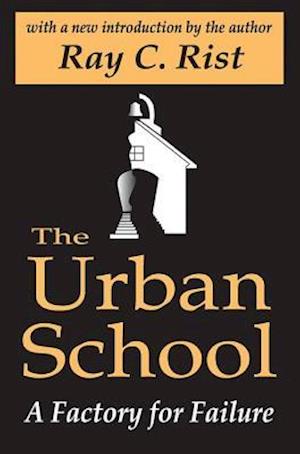 Americans worry continually about their schools with frequent discussions of the "crisis" in American education, of the "failures" of the public school systems, and of the inability of schools to meet the current challenges of contemporary life. Such concerns date back at least to the nineteenth century. A thread that weaves its way through the critiques of American elementary and secondary schools is that the educational system is not serving its children well, that more should be done to enhance achievement and higher performance. These critiques first began when the United States was industrializing and were later amplified when the Soviets and Japan were thought to be grinding down the competitive position of America. At the start of the twenty-first century, as we discuss globalization and maintaining our leadership position in the world economy, they are being heard again.The Urban School: A Factory for Failure challenges these assumptions about American education. Indeed, a basic premise of the book is that the American school system is working quite well-doing exactly what is expected of it. To wit, that the schools in the United States affirm, reflect, and reinforce the social inequalities that exist in the social structures of the society. Stated differently, the schools are not great engines for equalizing the existing social inequalities. Rather, they work to reinforce the social class differences that we have had in the past and continue to have in more pronounced ways at present.Rist uses both sociological and anthropological methods to examine life in one segregated African-American school in the mid-western United States. A classroom of some thirty children were followed from their first day of kindergarten through the second grade. Detailed accounts of the day-by-day process of sorting, stratifying, and separating the children by social class backgrounds demonstrates the means of ensuring that both the poor and middle-class students soon learned their appropriate place in the social hierarchy of the school. Instructional time, discipline, and teacher attention all varied by social class of the students, with those at the bottom of the ladder consistently receiving few positive rewards and many negative sanctions.When The Urban School was first published in 1973, the National School Boards Association called it one of the ten most influential books on American education for the year. It remains essential reading for educators, sociologists, and economists.