- New York City and the Fate of Liberal Evangelicalism 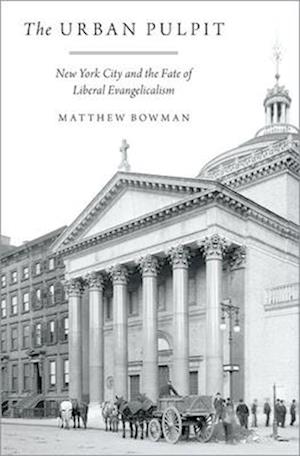 Matthew Bowman explores the world of a neglected group of American Christians: self-identified liberal evangelicals who began in the late nineteenth century to reconcile traditional evangelical spirituality with progressive views on social activism and theological questions. These evangelicals emphasized both the importance of supernatural conversion experience, but also argued that science, art, and relieving the poverty created by a new industrial economy couldfacilitate encounters with Christ. The Urban Pulpit chronicles the struggle of liberal evangelicals against conservative Protestants, who questioned their theological sincerity, and against secular reformers, who grew increasingly devoted to the cause of cultural pluralism and increasingly suspicious of evangelicals over the course of the twentieth century. Liberal evangelicals walked a difficult path, facing increasing polarization in twentieth-century American public life: both conservative evangelicals and secularreformers insisted that religion and science, and evangelical Christianity and cultural diversity, were necessarily at odds. Liberal evangelicals rejected such simple dichotomies, but nonetheless found defending their middle way increasingly difficult. Drawing on history, anthropology, and religious studies, Bowman paints a complex portrait of a group of religious believers at work, at worship, and engaged in advocacy in the public square.