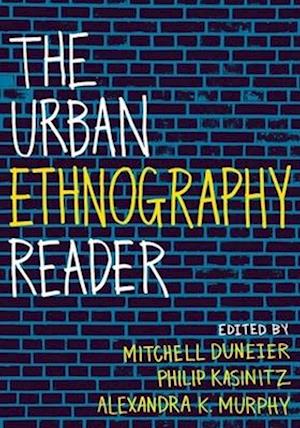 Urban ethnography is one of the oldest traditions of American social science and has helped define how we think about cities and city dwellers since its inception in the early twentieth century. Renewed interest in urban poverty, the immigrant experience, and gentrification among the public and scholars alike has focused attention on qualitative methods in the social sciences, and the field of urban ethnography in particular receives more attention now than at anypoint since its inception. The Urban Ethnography Reader assembles the very best of American ethnographic writing, from classic works to contemporary research, and aims to present ethnography as social science, social history, and literature alongside its traditional place as methodology. In addition to an original introduction that highlights the importance and development of the field, Kasinitz, Duneier, and Murphy also provide introductions to each section of the book. The section introductions will cover theperiod's historical events and how they influenced the study of the city, the major themes and preoccupations of ethnography, what was happening in the social sciences as a whole, and how the excerpts chosen fit into the larger work in which they were originally published. A valuable companion to a wide rangeof courses on cities across the social sciences, The Urban Ethnography Reader captures the diversity, the historical development, and the continuing importance of the ethnographic approach to understanding American communities.

Forfattere
Bibliotekernes beskrivelse The Urban Ethnography Reader assembles the very best of American ethnographic writing, from classic works to contemporary research, and aims to present ethnography as social science, social history, and literature, rather than purely as a methodology.