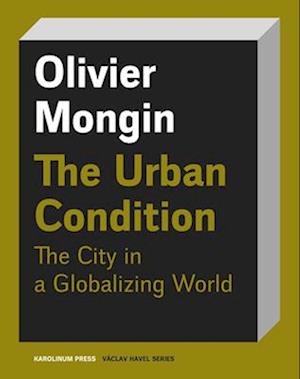 The first installment in Karolinum's new Vaclav Havel Series which aims to continue the philosophical discourse of that thinker, playwright, dissident, and president this book asks whether it will be possible to reestablish urban spaces that are in tune with our times. By recalling the distinctive elements that comprise the urban experience, Olivier Mongin lays the basis for reflection on the contemporary urban condition. We live in an epoch in which information exchange takes place according to flows rather than in locations, in which globalization has thrust us into a post-city, post-urban world. In the past, we were accustomed to seeing the city as a circumscribed space, the setting for cultural, social, and political life that enabled the civic integration of individuals. Now we find ourselves confronted by both seemingly limitless, gigantic megalopolises and the emergence of global networks of entities cut off from a physical environment. The current reconfiguration is cause for concern: Are we witnessing the terminal decline of the urban values that have been a concomitant part of recent human history? Will fragmentation and chaotic urban sprawl inevitably prevail?Are we doomed to lament the lost legacies of the Greek polis, the Renaissance city, Enlightenment Paris, and the great industrial cities of the nineteenth century?