The Urban Archetypes of Jane Jacobs and Ebenezer Howard

- Contradiction and Meaning in City Form 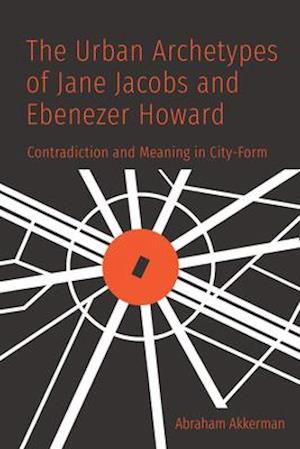 Ebenezer Howard, an Englishman, and Jane Jacobs, a naturalized Canadian, personify the twentieth century's opposing outlooks on cities. Howard envisaged small towns, newly built from scratch and comprised of single-family homes with small gardens, while Jacobs embraced existing inner-city neighbourhoods that emphasized the verve of the living street. Both figures have had their share of supporters as well as detractors: Howard's conceptualization received criticism for its uniformity and alienation from the city core, while Jacobs's urban vision came to be recognized as the result of invasive gentrification.Presenting Howard and Jacobs within a psychocultural context, The Urban Archetypes of Jane Jacobs and Ebenezer Howard addresses our urban crisis in its recognition that "city form is a gendered, allegorical medium expressing femininity and masculinity within two founding features of the built environment: void and volume." These founding contrasts represent both tension as well as the opportunity for fusion between pairs of urban polarities: human scale against superscale, gait against speed, and spontaneity against surveillance. In their respective attitudes, Howard and Jacobs have come to embrace the two ancient archetypes of the Garden and the Citadel, leaving it to future generations to blend their two contrarian stances.

Forfattere
Bibliotekernes beskrivelse Originating in archaic parables of the Garden and the Citadel, gender allegories have been projected upon built environments throughout history. 2 figures; 8 Illustrations, unspecified