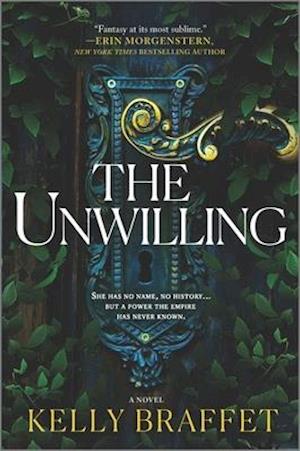 A penetrating tale of magic, faith and pride...A young woman born an orphan with a secret gift soon discovers that she does not have to be given power--she can take it.The Unwilling is the story of Judah, a foundling who is raised as a sibling to Gavin, the heir of Highfall, and his brother Theron in the great house beyond the wall. It is the seat of power at the center of Lord Elban's great empire. Judah and Gavin share a mysterious, unnatural bond that is both the key to her survival...and possibly her undoing.As Gavin prepares for his arranged marriage to Eleanor of Tiernan, and his brilliant, sickly younger brother Theron tries to avoid becoming commander of the army, Judah is left to realize that she has no real power or position within the castle, in fact, no hope at all of ever traveling beyond its wall. Lord Elban--a man as powerful as he is cruel--has other plans for her, for all of them. She is a pawn to him, and he will stop at nothing to get what he wants.But outside the wall, in the starving, desperate city, a Magus, a healer with a secret power unlike anything Highfall has seen in years, is newly arrived from the provinces. He, too, has plans for the empire, and at the heart of those plans lies Judah... The girl who started life with no name and no history will soon uncover more to her story than she ever imagined.An epic tale of greed and ambition, cruelty and love, this deeply immersive novel is about bowing to traditions and burning them down.