indgår i serie Volume 2 The Unrevealed 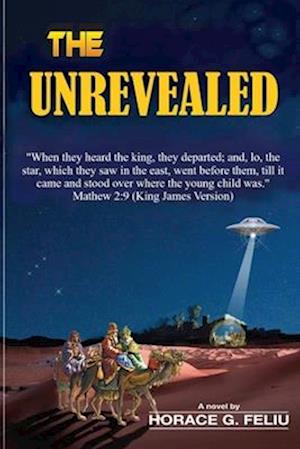 THE UNREVEALED, is a high-powered suspense thriller, "more controversial than The Da Vinci Code." The story is set in motion by the discovery of an ancient scroll whose secret revelations could shake the very foundations of Christianity. A Miami cop turned priest is thrown into action, danger, and intrigue as his investigation makes him the target of corrupt Vatican officials and Mafia bosses. After the missing half of the scroll was discovered in St. Peter's Cave-Church in Antakya, Turkey, it was painstakingly pieced together by the Vatican, but the revelations contained in the original gospel written by Luke the Apostle close to two thousand years ago are nothing less than earth shattering. With corrupt elements within the Vatican vying with the Mafia over control of the scroll, the truth as to the birth of Christ becomes a struggle for wealth and power. Intellectual and spiritual challenges lead the reader to consider how organized religion, as well as governments, can become obstacles to the enlightenment of mankind. "Using Biblical quotes and facts, Feliu weaves an intricate thriller that leaves the reader wondering if it is fact or fiction. Ancient Alien theorists will love this one - Miami Community Newspapers