The Unreasonable Silence of the World

- Universal Reason and the Wreck of the Enlightenment Project 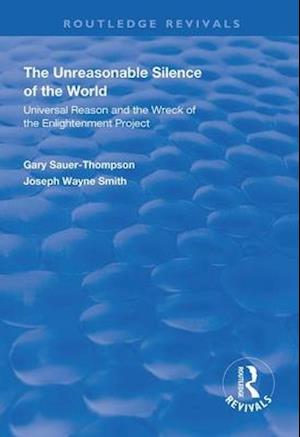 Published in 1997. This book develops a postmodernist critique of philosophy - although not the postmodernism of literary philosophers such as Derrida. This postmodernism is one of ecological limitationism coupled with a practical common sense 'realism'. The authors affirm the reality of life-world and the primacy of practice against materialists, physicalists and reductionists. They attempt to show that orthodox Anglo-American analytic philosophy is not merely incapable of completing its own quest to supply a regionally justified system of reality, but, more importantly, it fails as well to meet the challenges of the age.