The University of the Third Age and Active Ageing 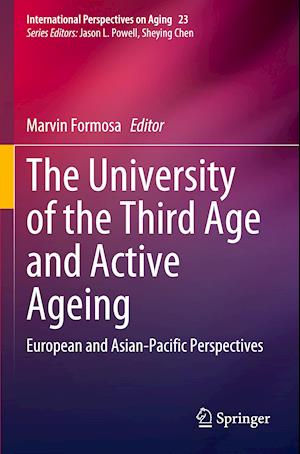 This comparative resource charts the interface between the University of the Third Age (U3A) movement and active ageing, and in doing so, offers a comprehensive and thorough understanding of what U3A means in different geographical and sociocultural contexts. After first providing introductory chapters to introduce the U3A movement and active ageing in global perspective and tracing the origins of U3As in France, the book sets off charting the international development of U3As in both European and Asian-Pacific contexts. Deliberately, the book moves away from the dominant Anglo-centric US- and UK-rooted analyses of U3As to account for contexts of different political ideology, sociocultural values, geography, and degrees of urbanisation and industrialisation. Lastly, it thematises foreseeable issues, concerns, and predicaments that the global U3A movement faces while meeting the challenges and seizing the opportunities presented by active ageing.The chapters' comparative perspectives encompass:Origins and development: The Francophone model of U3AsThe development and characteristics of U3As in European and Asian-Pacific geographiesFrom social welfare to educational gerontology: U3As in China, Russia, Taiwan, Malaysia and South KoreaU3As in Italy, Spain and Sweden: A dynamic, flexible, and accessible learning modelLate-life learning for social inclusion: U3As in Poland, Iceland, United Kingdom, and MaltaThe U3A movement in Australia: From statewide networking to community engagementCross-cultural perspectives on U3As: The case of ThailandThe University of the Third Age and Active Ageing boasts welcome contributions to the scholarship on the different histories, structures, and challenges posed by national U3As. Readers from a variety of backgrounds and research interests including gerontology, geriatrics, active ageing, older adult learning, comparative education and educational technology will find this a necessary and valuable resource in better understanding a globalised U3A world."The University of the Third Age and Active Ageing: European and Asian-Pacific Perspectives contributes to the deep well of histories, experiences, structures, accomplishments and problems of national U3As. It emerges as a tapestry of extraordinary research that offers to guide the U3A movement as it soon enters its fiftieth year of existence." - Prof. Stephen Katz. Trent University