The United States and Latin America 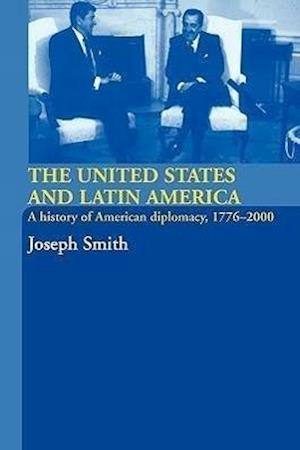 Providing a concise, balanced and incisive analysis of US diplomatic relations with Latin America from 1776 to the end of the twentieth century, this timely work explores central themes such as the structure of international relations, and the pursuit of American national interest by the use of diplomacy, cultural imperialism and economic and military power. Joseph Smith examines:* the rise of the USA as an independent power* its policy towards Latin-American movements for independence* the evolution of the Monroe Doctrine* pan-Americanism* dollar diplomacy* the challenge of communism.Highlighting Latin American responses to US policy over a significant time span, the study documents the development of a complex historical relationship in which the United States has claimed a pre-eminent role, arousing as much resentment as acquiescence from its southern neighbours.Including a timely discussion of the current issues of debt, trade and narcotics control, this unique and valuable study will be of interest to all those with an interest in US and Latin American international relations.