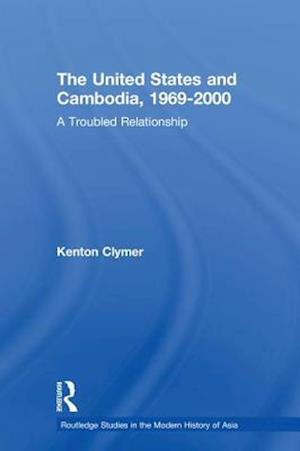 Beginning with the restoration of diplomatic relations between the US and Cambodia in 1969, this book is the first to systematically explore the controversial issues and events surrounding the relationship between the two countries in the latter half of the 20th century. It traces how the secret bombing of Cambodia, the coup which overthrew Prince Sihanouk and the American invasion of Cambodia in 1970 led to a brutal civil war. Based on extensive archival research in the United States, Australia and Cambodia, this is the most comprehensive account of the United States' troubled relationship with Cambodia.

Forfattere
Bibliotekernes beskrivelse Spanning from the first US contacts with Cambodia in the 19th century up until the late 1960s and the outbreak of war with Vietnam, this book systematically explores American relations with Cambodia.