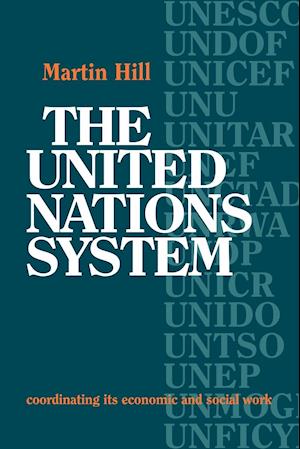 This book is about a problem that had moved to the centre of international concern when it was first published in 1978 - how the UN System was to cope with the overwhelming volume of world wide economic and social tasks that had been placed upon it. The UN System comprises, in addition to the UN Organization itself, the Specialized Agencies like FAO, WHO and the World Bank, the regional commissions, the innumerable semi-independent programmes like the UN Development Programme, UNCTAD and the UN Environment Programme. There was a growing concern among governments and the intelligent public of developing and developed countries alike that the UN System stood in urgent need of greater internal cohesion and important structural reforms.