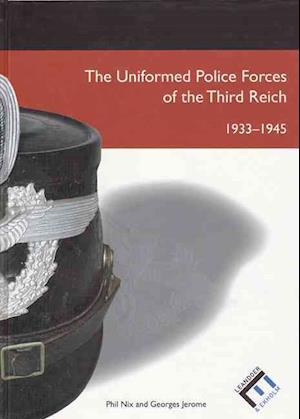 Germany did not have a national police force until 1920 when it was formed by the Weimar regime. The national Socialists were instrumental in its development. The duties performed by the Ordnungspolizei were the same as those performed in any other country in peace time. During the war, the uniformed police undertook an important new task when it was used to assist the security police in carrying out duties in occupied territories. To this end, a total of thirty-eight police regiments were formed plus local regiments in occupied countries. Police members were used to raise and man two Waffen SS divisions to fight alongside the army. The police were at the core of civil defense in the Reich. Outstanding service was taken in fighting fires in the protection of members of the population and in supervising technical emergency assistance in the rescue of civilians. This book will attempt to show its complete organization and will provide biographical data on its senior officers.