The Unforgettable Queens of Islam 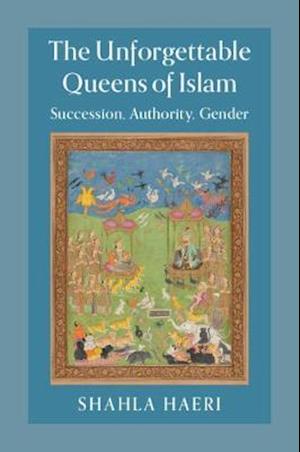 In this landmark study, Shahla Haeri offers the extraordinary biographies of several Muslim women rulers and leaders who reached the apex of political systems of their times. Their stories illuminate the complex and challenging imperatives of dynastic succession, electoral competition and the stunning success they achieved in medieval Yemen and India, and modern Pakistan and Indonesia. The written history of Islam and the Muslim world is overwhelmingly masculine, having largely ignored women and their contributions until well into the 20th century. Religious and legal justifications have been systematically invoked to justify Muslim women's banishment from politics and public domains. Yet this patriarchal domination has not gone on without serious challenges by women - sporadic and exceptional though their participation in the battle of succession has been. The Unforgettable Queens of Islam highlights lives and legacies of a number of charismatic women engaged in fierce battles of succession, and their stories offer striking insights into the workings of political power in the Muslim world.