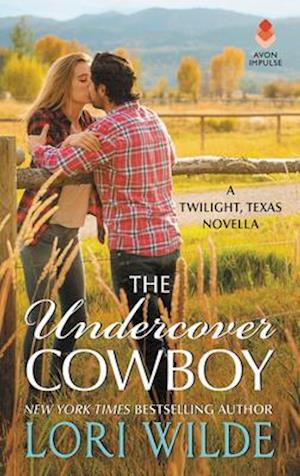 If you love Jennifer Ryan or Maisey Yates, you won't want to miss this Twilight, Texas novella from Lori Wilde

Allie Grainger appreciated eye candy as much as the next gal, but she never expected to be rescued by it On her way to a job interview, she was nearly trampled by a small herd of Texas Longhorns during Twilight's Wild West Cattle Drive. Luckily for her, a shirtless cowboy actually swept her off her feet and onto the sidewalk. Perhaps she should walk and text more often.

But Kyle Richmond was no "mere" cowboy. Sent by the FBI to uncover an art theft ring, he was in Twilight, getting leads on a series of robberies that went from one end of the country to the other. Soon his clues lead him right in the direction of tempting, irresistible Allie. How can so much trouble be tied up in such a delectable package? And what will happen when Allie discovers the truth about this undercover cowboy?