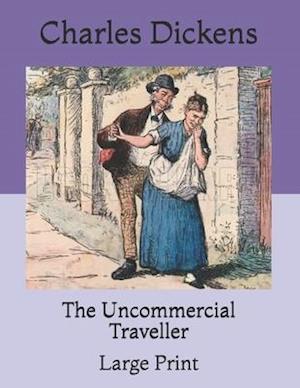 NEVER had I seen a year going out, or going on, under quieter circumstances. Eighteen hundred and fifty-nine had but another day to live, and truly its end was Peace on that sea-shore that morning.So settled and orderly was everything seaward, in the bright light of the sun and under the transparent shadows of the clouds, that it was hard to imagine the bay otherwise, for years past or to come, than it was that very day. The Tug-steamer lying a little off the shore, the Lighter lying still nearer to the shore, the boat alongside the Lighter, the regularly-turning windlass aboard the Lighter, the methodical figures at work, all slowly and regularly heaving up and down with the breathing of the sea, all seemed as much a part of the nature of the place as the tide itself. The tide was on the flow, and had been for some two hours and a half; there was a slight obstruction in the sea within a few yards of my feet: as if the stump of a tree, with earth enough about it to keep it from lying horizontally on the water, had slipped a little from the land-and as I stood upon the beach and observed it dimpling the light swell that was coming in, I cast a stone over it.