Ultimate Piston Fighters of the Luftwaffe 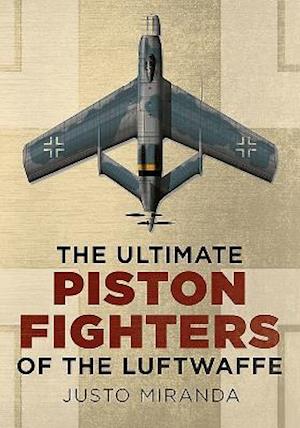 The development of aviation engines in Germany was revolutionary during closing stages of the Second World War. In 1945, the Daimler Benz, Jumo and BMW engines in service, equipped with power boosting systems, generated 2,000 hp. There were prototypes that could generate 3,000 hp and BMW/Argus projects could reach 4,000 hp. To benefit from their extreme performances, Blohm und Voss, Daimler Benz, Dornier, Focke Wulf, Heinkel, Henschel, Messerschmitt and Skoda designed an impressive series of fighters that never left the drawing board. The reason was the decision taken by the Oberkommando der Luftwaffe to mass manufacture the iconic and revolutionary Messerschmitt Me 262 jet fighter. This lost generation of projects were quickly forgotten and after years of research have been recovered and presented in The Ultimate Piston Fighters of the Luftwaffe. Profusely illustrated with technical drawings and fascinating data and information on the Luftwaffe's most radical fighter projects, The Ultimate Piston Fighters of the Luftwaffe chronicles these revolutionary designs that might have changed the course of the war.A fascinating book for the military historian, modellers and those interested in aviation, this shows how advanced German scientists were towards the end of the Second World War and how the beloved Spitfire and Mustang would have been instantly superseded by radical Nazi fighters.

Forfattere
Bibliotekernes beskrivelse Illustrated with drawings and information on the Luftwaffe's radical fighter projects, The Ultimate Piston Fighters chronicles the revolutionary designs that might have changed the course of the war. They were the extreme designs left on the drawing board after the first jet engines were available for the manufacture of the Messerschmitt Me 262.